Process of Appointing a Bishop 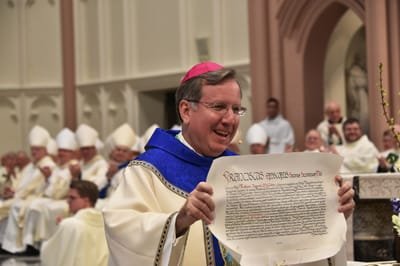 Introduction
The ultimate decision in appointing bishops rests with the pope, and he is free to select anyone he chooses. But how does he know whom to select?

The process for selecting candidates for the episcopacy normally begins at the diocesan level and works its way through a series of consultations until it reaches Rome. It is a process bound by strict confidentiality and involves a number of important players – the most influential being the apostolic nuncio, the Dicastery for Bishops, and the pope. It can be a time consuming process, often taking eight months or more to complete. While there are distinctions between the first appointment of a priest as a bishop and a bishop's later transfer to another diocese or his promotion to archbishop, the basic outlines of the process remain the same.

Apostolic nuncio
The pope's representative to both the government and to the hierarchy of a given nation; a key person in deciding what names are recommended to the Dicastery for Bishops for possible episcopal appointment.

Auxiliary Bishop
A bishop appointed to assist a diocesan bishop. Whether in a diocese or archdiocese, his title is bishop.

Coadjutor
A bishop appointed to a Catholic diocese or archdiocese to assist the diocesan bishop. Unlike an auxiliary bishop, he has the right of succession, meaning that he automatically becomes the new bishop when the diocesan bishop retires or dies. By canon law, he is also vicar general of the diocese. If the diocese is an archdiocese, he is called coadjutor archbishop instead of coadjutor bishop. In recent years, a growing number of U.S. bishops in larger dioceses or archdioceses have requested and received a coadjutor in their final year or two before their retirement, in order to familiarize their successor with the workings of the (arch)diocese before he has to take over the reins. This minimizes the learning curve of a new bishop and eliminates completely the possibility of the diocese being vacant following the old bishop’s retirement.

Dicastery for Bishops
A department of the Roman Curia, headed by a Cardinal. The head of the Dicastery, called the "prefect," is presently Cardinal Marc Ouellet, a Canadian. Among the Dicastery's responsibilities are moderating all aspects of episcopal appointments; assisting bishops in the correct exercise of their pastoral functions; handling ad limina visits (regular visits to Rome by bishops every five years); and establishing episcopal conferences and reviewing their decrees as required by canon law. Its membership consists of approximately 35 cardinals and archbishops from around the world. 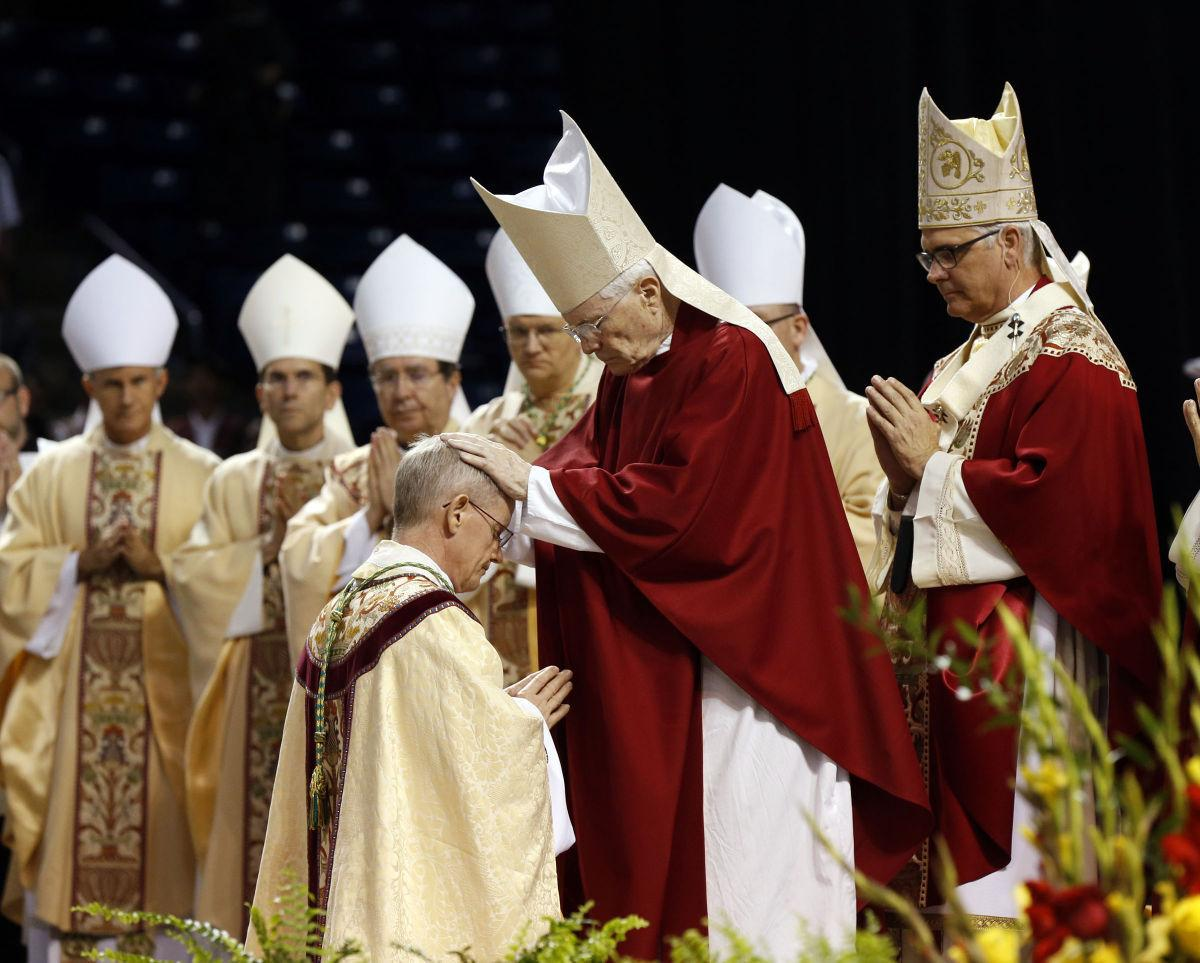 Diocesan Bishop
Pastoral and legal head and representative of a diocese.

Province
A territory comprising one archdiocese, called the metropolitan see, and one or more dioceses, called suffragan sees. The Code of Canon Law spells out certain limited obligations and authority that the metropolitan archbishop has with respect to the dioceses within his province. The United States is divided into 33 ecclesiastical provinces.

Terna
A list of three candidates for a vacant office, including the office of bishop.

Stage 1: Bishops' Recommendations
Every bishop may submit to the archbishop of his province the names of priests he thinks would make good bishops. Prior to the regular province meeting (usually annually), the archbishop distributes to all the bishops of the province the names and curricula vitae of priests which have been submitted to him. Following a discussion among the bishops at the province meeting, a vote is taken on which names to recommend. The number of names on this provincial list may vary. The vote tally, together with the minutes of the meeting, is then forwarded by the archbishop to the apostolic nuncio in Washington. The list is also submitted to the United States Conference of Catholic Bishops (USCCB).

Stage 2: The Apostolic Nuncio
By overseeing the final list of names forwarded to Rome, the apostolic nuncio plays a decisive role in the selection process. He not only gathers facts and information about potential candidates, but also interprets that information for the Dicastery. Great weight is given to the nuncio's recommendations, but it is important to remember that his "gatekeeper" role, however, does not mean that his recommendations are always followed.
For Diocesan Bishops
For Auxiliary Bishops Stage 3: Dicastery for Bishops
Once all the documentation from the nuncio is complete and in order, and the prefect approves, the process moves forward. If the appointment involves a bishop who is being promoted or transferred, the matter may be handled by the prefect and the staff. If, however, the appointment is of a priest to the episcopacy, the full dicastery is ordinarily involved.
A cardinal relator is chosen to summarize the documentation and make a report to the full dicastery, which generally meets twice a month on Thursdays. After hearing the cardinal relator's report, the dicastery discusses the appointment and then votes. The Dicastery may follow the recommendation of the nuncio, chose another of the candidates on the terna, or even ask that another terna be prepared.

Stage 4: The Pope Decides
At a private audience with the pope, usually on a Saturday, the prefect of the Dicastery for Bishops presents the recommendations of the Dicastery to the Holy Father. A few days later, the pope informs the Dicastery of his decision. The Dicastery then notifies the nuncio, who in turn contacts the candidate and asks if he will accept. If the answer is "yes," the Vatican is notified and a date is set for the announcement.
It often takes six to eight months—and sometimes longer—from the time a diocese becomes vacant until a new bishop is appointed.