The meaning behind the Episcopal Insignia: 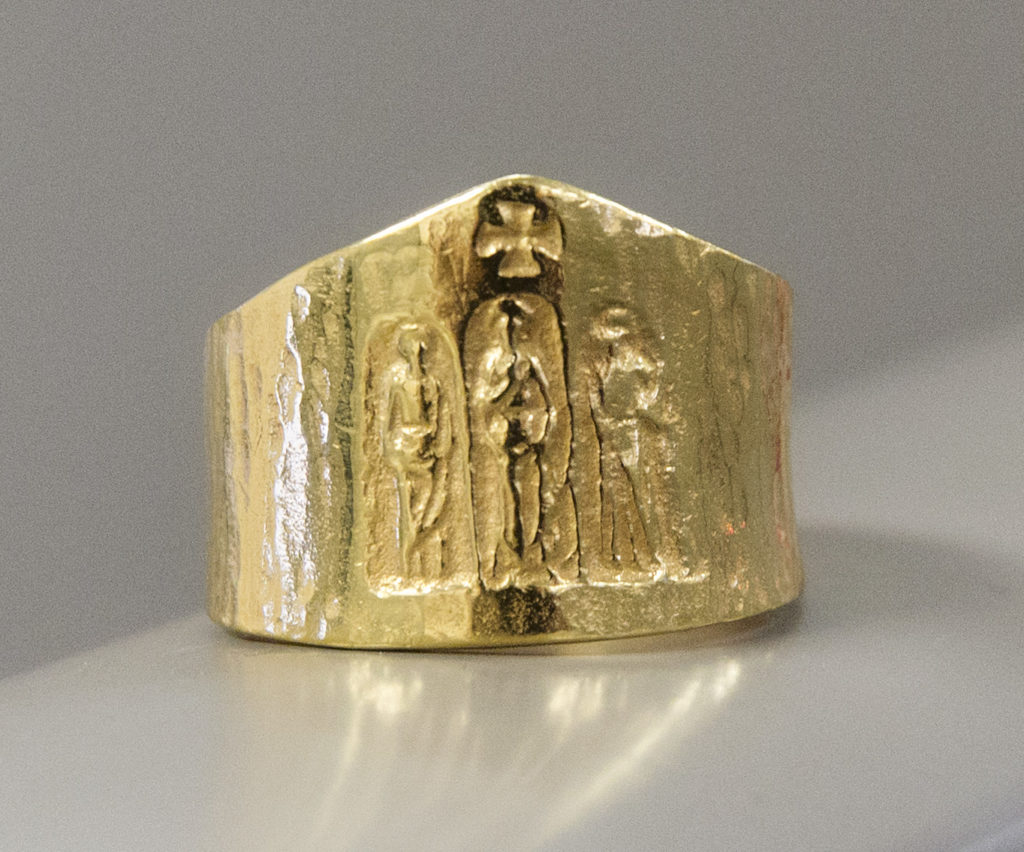 Crozier: The crozier is a pastoral staff that is conferred on bishops (and abbots) at their installation. In the West, the top of the staff is curved to remind the bishop of the shepherd's crook and of his pastoral care of the people entrusted to him. It is a sign of the bishop's need to keep watch over his whole flock, sustaining the weak and faltering, confirming the wavering faith, and leading back the erring ones into the true fold. 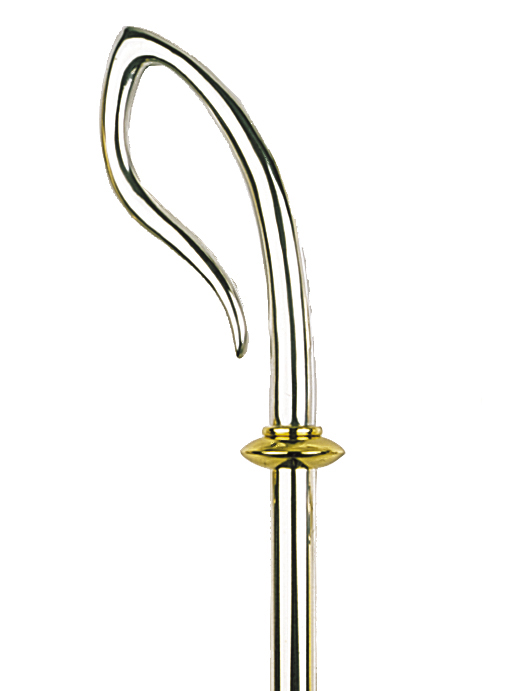 Mitre: The miter is the proper liturgical headdress for all bishops of the Latin rite, including the pope. The word comes from the Greek word mitra, meaning "turban." It consists of two stiffened flaps of material joined by a headband with two fringed strips hanging from the back base of the miter. The miter as we know it today developed from the conical head-covering worn by the pope that appeared in the tenth century. At first, it was only used by the pope. 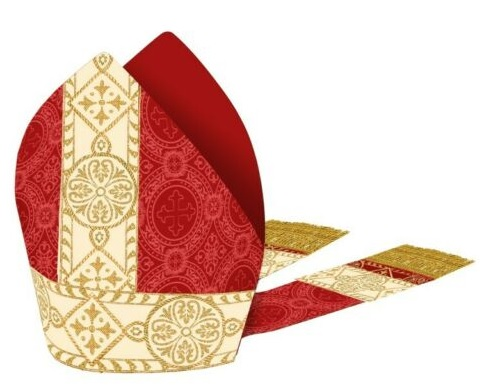 Zucchetto: The zucchetto is a skullcap worn, particularly by prelates, since the thirteenth century. The pope wears a white zucchetto; cardinals, a red zucchetto; and bishops, a purple zucchetto. Everyone else wears black. 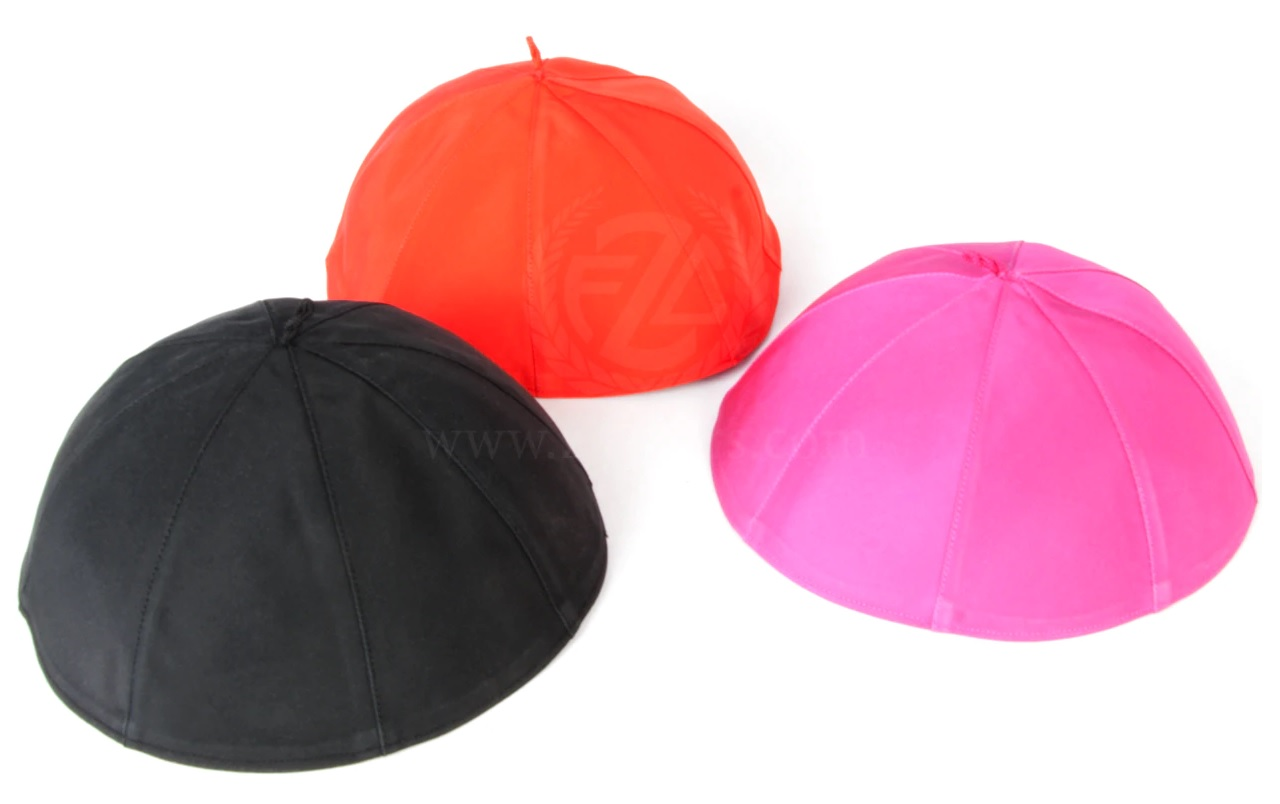 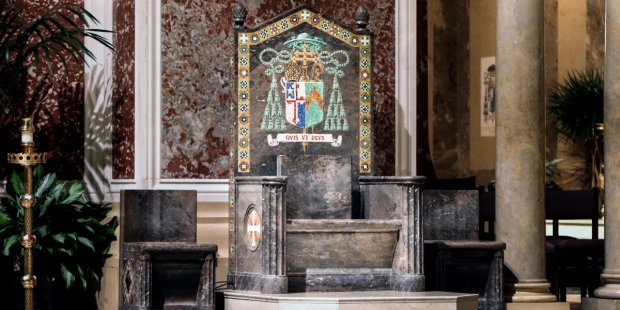 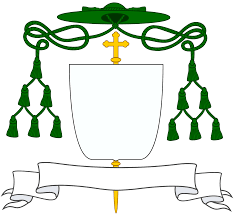 Pectoral Cross: The pectoral cross gets its name because it is worn over the breast, or pectus, hanging from a green cord intertwined with gold threads. There are rules determining whether it is worn over or under whatever the bishop is wearing. If he's in a suit and collar, the pectoral cross is usually placed in the vest pocket with the chain showing. 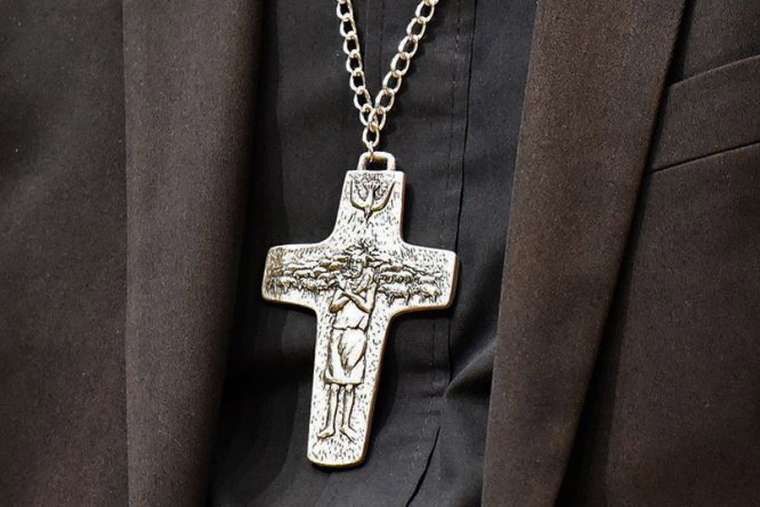 Pallium: A sacred vestment symbolic of the fullness of episcopal authority. It is an inch-wide white wool circular band ornamented with six small crosses with a pendant strip attached in front and another behind, worm about the neck, breast, and shoulders of the Pope and metropolitan archbishops. Made from the wool of two lambs blessed in the Church of St. Agnes in Rome. When granted to a bishop the pallium is purely ornamental. In Eastern rites patriarchs alone are invested with it. It is an outward sign of union with the Holy See. 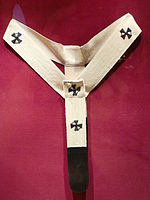 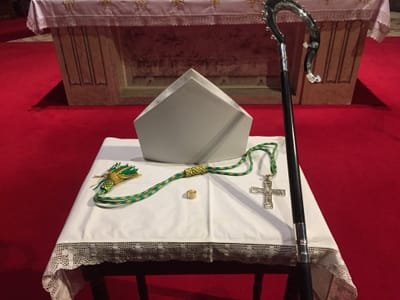