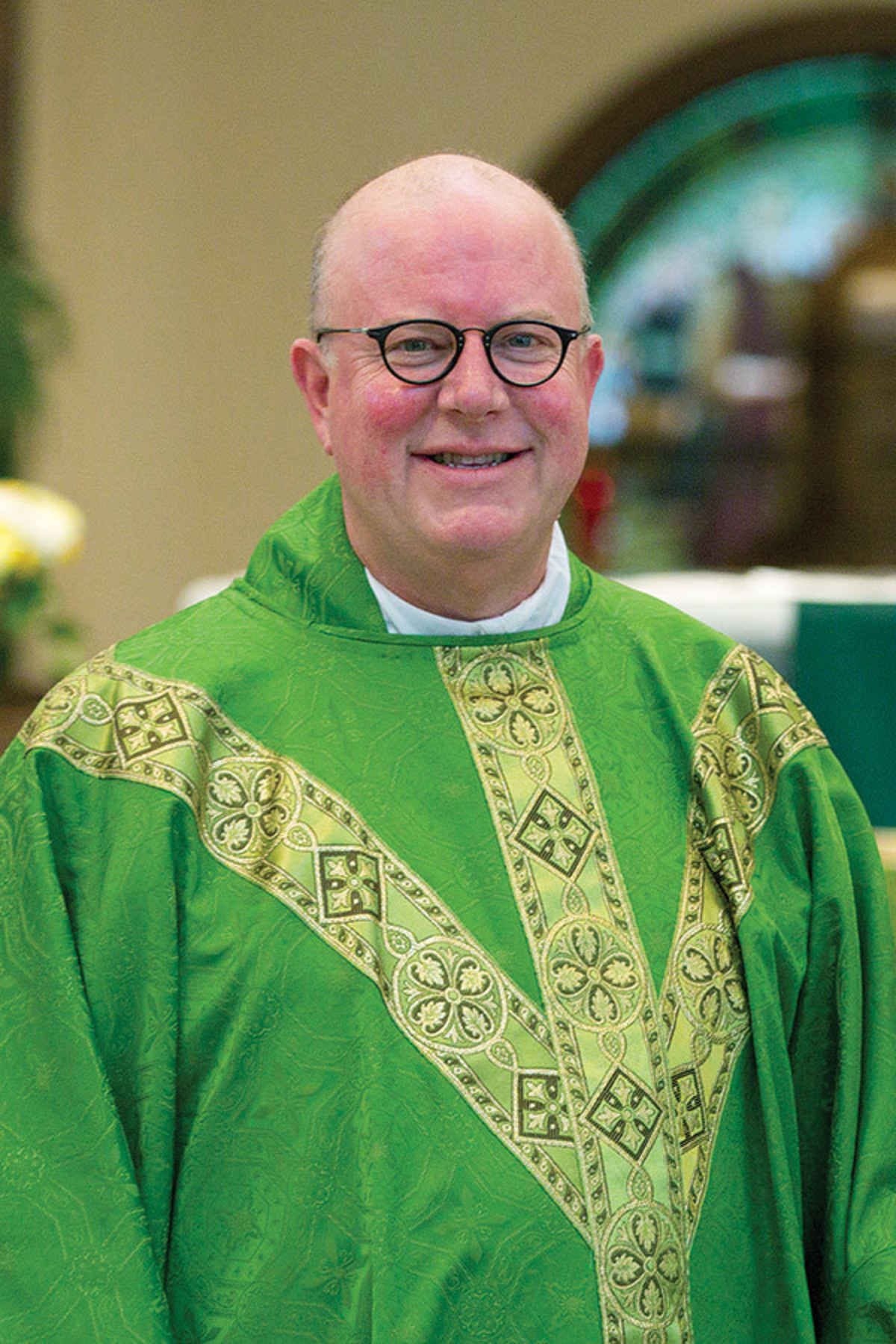 The first selection of the 2020-2021 round for U.S. Ordinaries has finally come around! On October 14th, at Roman noon time, the Holy See announced that the Holy Father Pope Francis has appointed Father William D. Byrne, Pastor of Our Lady of Mercy Parish and priest of the Archdiocese of Washington D.C., to become the 10th Bishop of the Diocese of Springfield, Massachusetts. And, all in all, a great final pick by Cardinal Wuerl!

Bishop-Elect Byrne, 56, was born on September 26, 1964 in D.C., receiving his B.A. in English from the local College of the Holy Cross in 1986 before going to study in Rome at the Pontifical North American College and the Angelicum (Pontifical University of St. Thomas Aquinas) where he received a B.A. in Sacred Theology (STB) in 1992 and his Licentiate in Sacred Theology (STL) in 1994 and was ordained for the Archdiocese of Washington that June by the late Cardinal James A. Hickey, Archbishop Emeritus of Washington.

As a priest for over 26 years, Bishop-Elect Byrne has become widely popular, not only in his own Archdiocese, but across the United States. Serving at multiple parishes, including St. Peter Parish on Capitol Hill from 2005 to 2015, ministering to the members of Congress and serving in multiple capacities on different boards, including Chaplain of the University of Maryland from 1999 to 2007, Archbishop Gregory, on the announcement of Bishop-Elect Byrne’s appointment to the episcopate, stated that he was one of D.C.’s, “...most beloved and successful pastors.”. In 2016, as part of the Extraordinary Jubilee of Mercy, he was named by the Holy Father as one of the Missionaries of Mercy. He has become widely known for his “5 Things” columns in the Catholic Standard Newspaper, which has since turned into a very popular YouTube series. A book containing many of his “Five Things” columns titled Five Things with Father Bill: Hope, Humor and Help for the Soul, was slated to be published on October 15th by Loyola Press. At the press conference for his appointment, after being introduced by Apostolic Administrator Bishop Robert McManus of Worcester, he recounted that when he received the fateful phone call from the Apostolic Nuncio Archbishop Christophe Pierre on the feast of the Guardian Angels, October 2nd, he thought, “The Holy Father is naming me a Bishop? My Guardian Angel must be asleep right now!”

The Diocese of Springfield became vacant on June 10, after its former Ordinary, Mitchell T. Rozanski, was appointed Metropolitan Archbishop of St. Louis. So in Vatican speed, this appointment is almost as fast as lightning. An appointment so quick is likely due to multiple factors, one being the loss of their Bishop to an elevated Arch-See (Cleveland got named in six months after losing Perez to Philadelphia and Savannah went four after Hartmayer was moved to Atlanta). Another very likely reason is that this is most likely the last hoorah of the Archbishop Emeritus of Washington, Cardinal Wuerl. His Eminence, in turning 80 next month, will age off the bench of the Congregation for Bishops in Rome. So, in a way, this is most likely Cardinal Wuerl’s parting gift before easing into a full retirement. With his other U.S. counterpart on the Congregation, Chicago’s Cardinal Cupich, sending out his men left and right to lead other Dioceses, it naturally makes sense that Wuerl, Bishop-Elect Byrne’s Archbishop from 2006 to 2018, would want to reward a devout, loving, and popular Pastor, and send out one more Bishop before leaving Cardinal Blase as the sole U.S. representative on Rome’s Bishop-making board. And, by all accounts, The Donald has certainly picked a great final choice.

As announced by the Diocese of Springfield, Bishop-Elect Byrne will be ordained and consecrated Bishop on December 14, the feast of St. John of the Cross, at the Cathedral of St. Michael. According to the USCCB, the Diocese of Springfield has 199,289 Catholics out of a population of 828,667 people. It is comprised of 79 parishes and 7 missions within the counties of Berkshire, Franklin, Hampden, and Hampshire.

Congratulations to Bishop-Elect Byrne and the faithful of the Diocese of Springfield!