How McCarrick Became Archbishop of Washinton 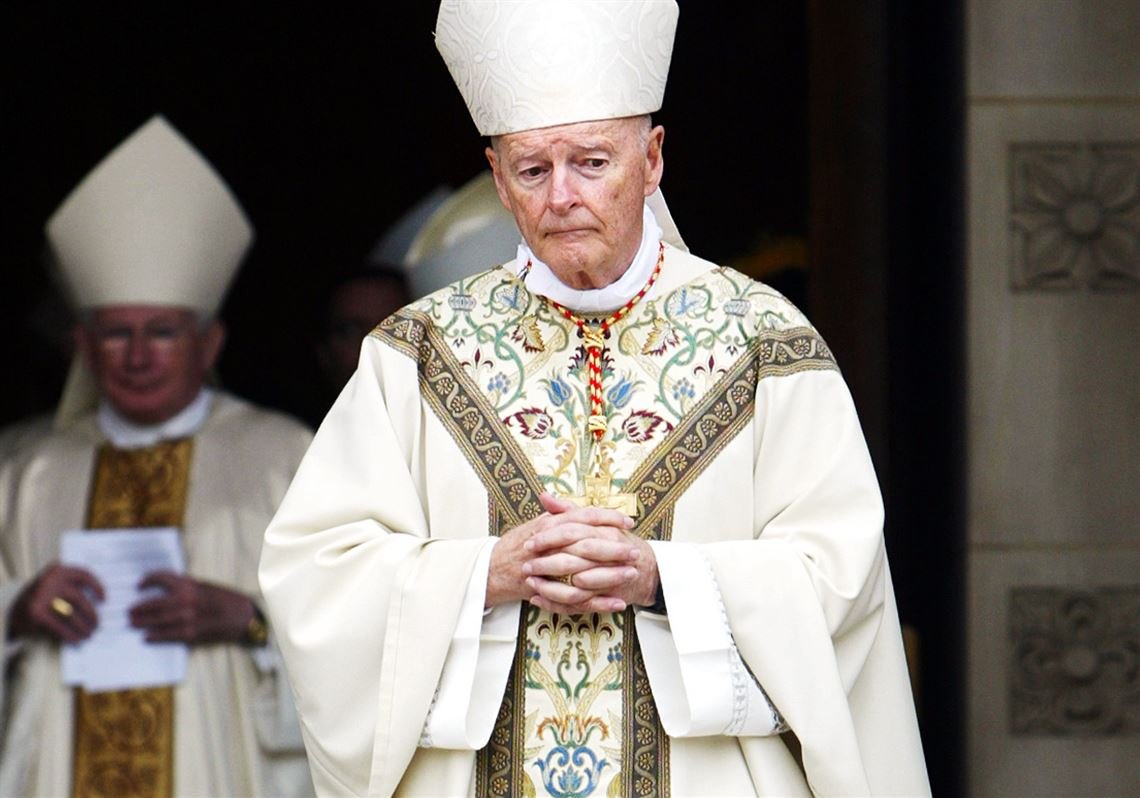 Two years after it was first ordered by Pope Francis, the 461 page McCarrick Report is now out and, well, Lord, have mercy. I’ve thought about how to write this article today, but there’s just no easy way, especially with how much others have already written on the Report today. The document, titled: Report on the Holy See’s Institutional Knowledge and Decision-Making Related to Former Cardinal Theodore Edgar McCarrick (1930 to 2017) details McCarrick’s life, priesthood, his becoming a Bishop, eventual rank of Cardinal Archbishop of Washington, retirement, post-retirement activities and subsequent final fall from grace. The Report states that, even though there were multiple rumors and allegations, including anonymous letters and reporting from lower Church officials which were dismissed by higher ups, nothing concrete was ever presented until 2017 and McCarrick was not found guilty until 2018. McCarrick’s rise to his final post was actually stifled multiple times, in part thanks to the intervention of Cardinal John O’Connor of New York, who, in October of 1999 wrote to the Apostolic Nuncio and the Holy See noting the allegations against McCarrick and that it would be a mistake to promote him any further. McCarrick had been nominated for Chicago, New York twice, and Washington, but was halted from going further each time. At this point, on May 12 of 2000, Pope John Paul II initiated an investigation into McCarrick and was given inaccurate and false information by three of the four New Jersey Bishops who were questioned on McCarrick, those being at the time:

Bishop Emeritus Hughes, according to the Report, had been told by priests about their abuse by McCarrick, but were dismissed by Hughes. Smith and McHugh had both witnessed McCarrick groping a young priest at a dinner in 1990. None of this was reported to the Holy See, however, and all three Bishops declared McCarrick didn’t lack any moral behavior.

After the death of Cardinal O’Connor on May 3rd, McCarrick caught wind via a friend in the Curia about his continual blockings due to the allegations and O’Connor’s letter which had the backing of the United States Apostolic Nuncio Gabriel Montalvo and Substitute of General Affairs for the Secretariat of State Archbishop Giovanni Battista Re. McCarrick delivered a handwritten note in August addressed to Bishop Stanislaus Dziwisz, the Pope’s personal Secretary (later Cardinal Archbishop of Krakow), and pleaded his innocence against the accusations of Cardinal O’Connor to Dzwisz and the Pope. The letter seemed to convince John Paul II that McCarrick was telling the truth and, according to the Report, convinced Cardinal Re, who became Prefect for the Congregation for Bishops in September. This was also coupled with written endorsements from McCarrick by four other U.S. Bishops that had arrived between May and July, those being -

Despite the Bishops endorsement of McCarrick, the Report states that the four prelates had no knowledge of the allegations against McCarrick. The Report details that Bishop Harvey assisted in the translation of the letter of McCarrick, but that was all the involvement he had. After reading the letter, John Paul put McCarrick’s name back on the terna and named him Archbishop of Washington and Cardinal. In the Vatican News editorial summary of the Report, Andrea Tornielli notes, “In accordance with the testimonies cited in the Report, to better understand the context of that period, it may be useful also to recall that during the years when he was an Archbishop in Poland, Pope John Paul II had witnessed the use of false accusations on the part of the regime to discredit priests and bishops”. With all this info in mind, it is clear that John Paul was lied to by McCarrick, the three Bishops’ in the initial investigation, and most likely by others, while his own experiences made him prone to believe McCarrick, whom he considered a friend after meeting him in 1976, which the Report also details.  However, this shouldn't excuse Pope John Paul II outright since it as clear that he still promoted McCarrick despite allegations of sexual misconduct and it was, not only  a terrible act of prudential judgment on his part, but one of bad governance.

In 2005, after initially extending McCarrick’s term in Washington after he turned 75, Pope Benedict XVI demanded his immediate resignation and in 2006 appointed Bishop Donald Wuerl of Pittsburgh, who had reported alleged abuse by McCarrick to Rome the year before, as McCarrick’s Successor in Washington. McCarrick was found guilty of abuse in July of 2018 and was removed from the College of Cardinals and laicized by Pope Francis in February of 2019.

The Report details so much that it takes a while to digest. Books can, and probably will, be written on it. It’s a long read and a tough one that is not for the faint of heart. Out of the parts I have read of the Report, these are a few things of note which caught my eye -

Pope Francis and the current Administration of the Holy See are largely exonerated while most blame is placed on Pope John Paul and Pope Benedict.

Cardinal Wuerl, who turns 80 on Thursday, is mentioned 98 times in the Report and each time usually goes in the direction of the Report saying that Cardinal Wuerl said or did something concerning McCarrick with a footnote following that Wuerl did not recall the mentioned subject in subsequent interviews.

While Apostolic Nuncio, Archbishop Carlo Maria Vigano forwarded an accusation against McCarrick to the Congregation for Bishops in 2012 and was ordered to investigate it, he failed to do so.

The Report fails to name any Bishop who McCarrick helped to promote while acknowledging claims that Cardinal Blase Cupich of Chicgo and Joseph Tobin of Newark were appointed to their respective Metropolitan Sees due to McCarricks influence and denies these accusations.

It is quite believable that Cardinal Farrell, while Auxiliary Bishop of Washington, was never told anything about McCarrick considering that the Report details that there has not been any allegation related to McCarrick’s tenure in Washington, and due to Farrell and McCarrick living on completely separate ends of the same residence, never had any reason to suspect anything.

McCarrick had been working on U.S./China/Church relations since the pontificate of John Paul II and continued to do so through the pontificate of Benedict, however he never identified as an official representative of the Holy See.

The Report also leaves questions unanswered that many wanted answers to. Although many will see the document as both incomplete and not containing the whole truth, the Report contains the most transparent, however limited, admission of wrongdoing that Rome has ever had in response to clerical sexual abuse. The fight against clerical sexual abuse continues, and this Report is only one of many steps that must continue to be made.

Statement by President of the United States Conference of Catholic Archbishop Jose Gomez of Los Angeles on the McCarrick Report - https://www.usccb.org/news/2020/statement-holy-sees-report-theodore-mccarrick-most-reverend-jose-h-gomez-archbishop-los

Josh Mansfield McCarrick
A New Coadjutor for Montana: Should We See More Of This?
Christ is Still the Good Shepherd: An Update on Our Apostolate
Easter and the Sacrifice of Christ