Cardinal Wuerl Turns 80: The Donald Ages Out of The Conclave 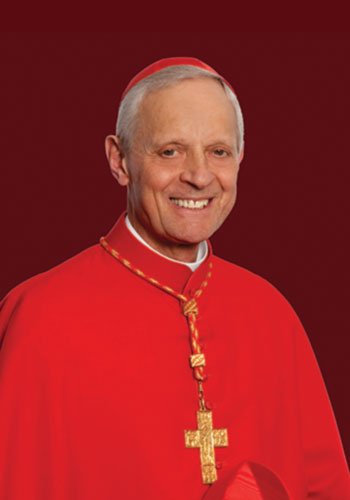 As of today, November 12th, His Eminence Donald William Cardinal Wuerl, Archbishop Emeritus of Washington and Cardinal-Priest of San Pietro in Vincoli, has turned 80 years old. Under Canon Law, he is no longer eligible to vote in a conclave to elect a new Pope and, as a result, no longer retains his seat on the Congregation for Bishops. This particular congregation helps select bishops throughout the world.

As far as the wider slate of U.S. Cardinals are concerned, the following 8 are younger than 80 and still conclave eligible: Burke, Cupich, DiNardo, Dolan, Farrell, Harvey, O'Malley and Tobin while Mahony, Maida, O'Brien, Rigali, Stafford, and the aforementioned Wuerl are above 80 and, as such, cannot vote in a conclave. As of November 28, we will have one more prelate elevated to the College of Cardinals: Washington, D.C. Archbishop, Wilton Gregory.

As far as the members of the Vatican Bishops Congregation are concerned, Cardinal Cupich of Chicago is now the only U.S. member due to Wuerl ageing out. There is some speculation that, more likely than not, another will be added to it, with Wuerl’s own successor, Cardinal-designate Gregory being a potential candidate.

Born on November 12, 1940, Donald William Wuerl was ordained to the priesthood on December 17, 1966 for the Diocese of Pittsburgh. He was appointed Auxiliary Bishop of Seattle, WA in 1985, by then-Pope John Paul II and ordained to the episcopate on January 6 the following year by the Pontiff in Rome. Wuerl, as Auxiliary, was given certain authority to make decisions normally reserved to the Ordinary while serving as the assistant Bishop to the embattled Archbishop Raymond Hunthausen. In May of 1987, Hunthausen was restored to full authority and Bishop Thomas Murphy of the Diocese of Great Falls, SD was appointed Coadjutor with Right of Succession, at which point Wuerl resigned his post. Wuerl was named to Pittsburgh as its Diocesan Bishop in 1988 and served there until 2006 when he was named by Pope Benedict XVI to succeed then-Cardinal Theodore McCarrick (now layman) as Archbishop of Washington, D.C.  Pope Francis accepted Cardinal Wuerl's retirement from that post on October 12, 2018 at the age of 77.

On November 10, 2020, the Holy See issued the long-awaited McCarrick Report as to how Theodore McCarrick attained his power, status, and influence over the church while all the time harming young men in the most vile of ways. In the Report, Cardinal Wuerl's name was mentioned some 98 times. In those 98 occasions, when it was noted in the report that when Wuerl did or said something in regard to McCarrick's behavior, in associated footnotes in the said Report, Cardinal Wuerl did not recall what was said or done regarding his D.C. predecessor.

In the end, let us pray for the Church and everyone affected by such heinous activities in prayer.

Christopher Ruggiano
A New Coadjutor for Montana: Should We See More Of This?
Christ is Still the Good Shepherd: An Update on Our Apostolate
Easter and the Sacrifice of Christ