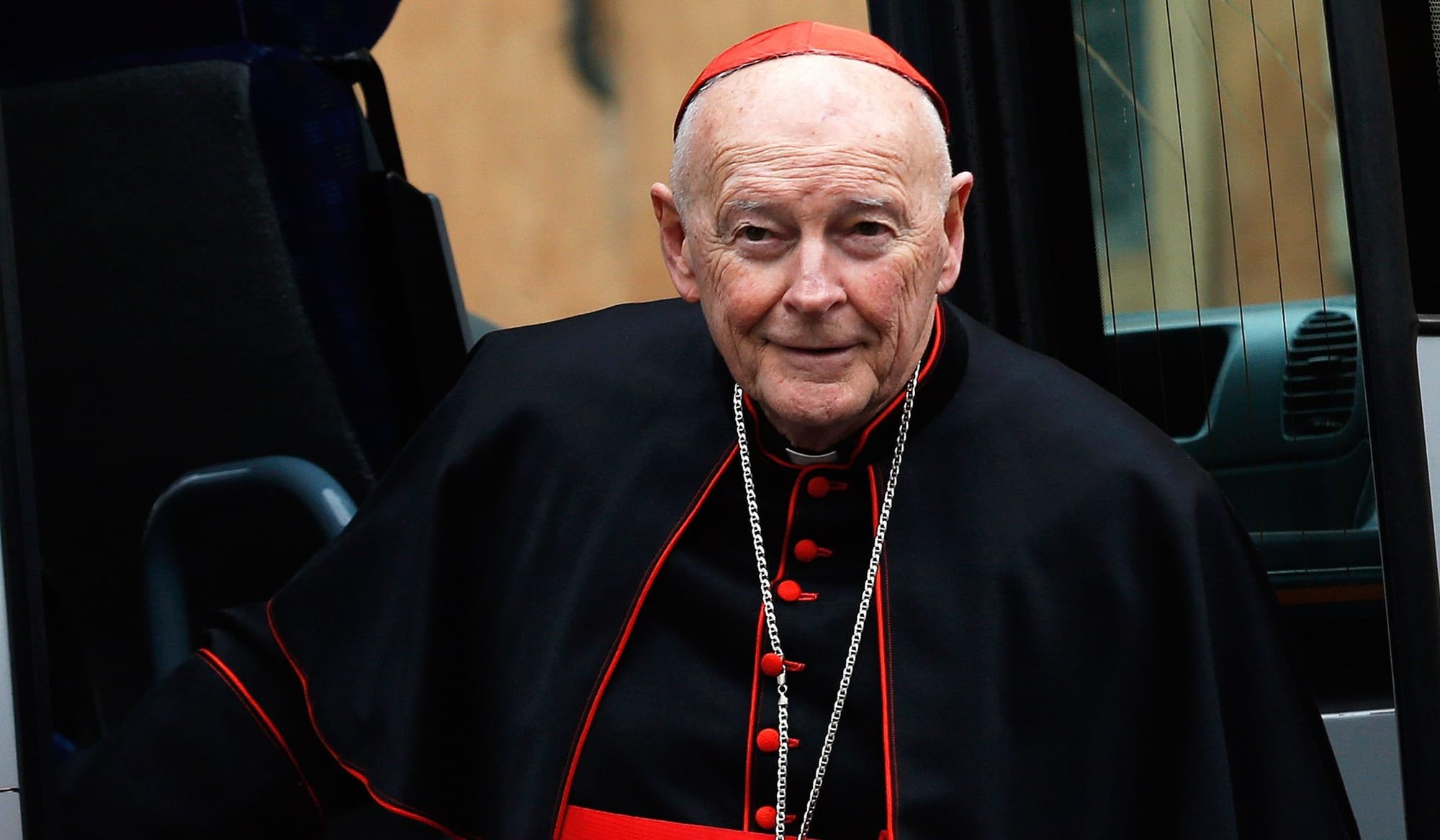 After it being rumored and reported for the past few days, the Vatican finally announced Friday morning in a press statement that the long awaited Report on ex-Cardinal Theodore McCarrick will be released on Tuesday November 10th at 2pm Rome time, 8am Eastern time. The news comes as the United States Conference of Catholic Bishops prepares for its first ever virtual Fall General Assembly beginning on November 16th, the first one to be headed by its new President, Archbishop Jose Gomez of Los Angeles after their Spring meeting was cancelled due to the ongoing coronavirus pandemic.

The Report will hopefully detail how ex-Cardinal McCarrick, who was lacized in February of 2019 for sexual abuse of minors, seminarians, and adults spanning his entire ecclesial career, was able to obtain the rank of Cardinal and Archbishop of Washington and the accusations against him. The report was initially going to be released in December 2019 but was delayed for unknown reasons. The National Catholic Register stated that the report was ordered by Pope Francis in October of 2018 and builds off work began by the Archdiocese of New York, where charges against McCarrick were first brought against him relating to his time as Auxiliary Bishop of New York, which was then forwarded to the Congregation for the Doctrine of the Faith for more investigation.

On Thursday, in a letter to the Archdiocese of New York, Cardinal Timothy Dolan, in anticipation of the release of the Report, wrote:

We are also still waiting for the release of the so-called “McCarrick Report” by the Holy See, detailing the damning story of former-cardinal Theodore McCarrick.  That could be another black-eye for the Church.  But, better that the story come out, in all its awful detail, to both bring some measure of peace to the victim-survivors, as well as serve as a lesson on how to prevent a similar recurrence in the future. We can thank Pope Francis for keeping his promise to undertake and release this report.

In a Tweet on Friday morning, Reuters Vatican correspondent Philip Pullella stated that the length of the report, “... will be somewhere between Dostoevsky and Tolstoy, and equally grey”.

At the same time that many are hopeful for the Report to be released, there are many who are skeptical.  One U.S. Church official close to the investigation told the Catholic News Agency, “I hope, but I'm not optimistic, the report will recognize that there were universal rumors about the guy for a long time”. What is interesting to note is that the release of the Report comes just two days before Cardinal Donald Wuerl, McCarrick’s successor as Archbishop of Washington, turns 80, losing the right to vote in a Conclave and aging off the Congregation for Bishops in Rome. Although many want the Report to be released after being delayed for almost a year, there are some who will find it hard to believe that the Report will actually contain the whole truth.

The release of the Report is most likely going to be the elephant in the Zoom room for the virtual USCCB Fall General Assembly next week. The bench is set to vote on chairman-elect of seven committees and the new chairman of the Committee on Religious Liberty after the death of Bishop George V. Murry, S.J. of the Diocese of Youngstown over the summer. The Bishops will also discuss the pastoral response to Covid, racism, and will hear from the National Review Board, among other items on the agenda. More to come on both fronts soon.