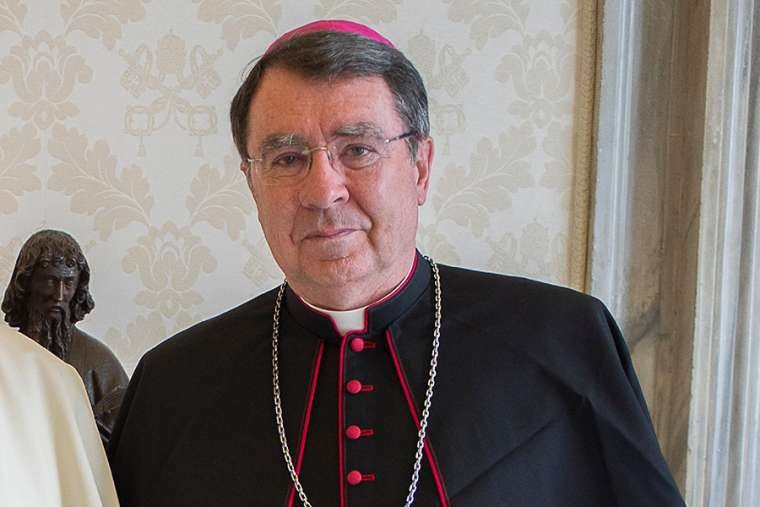 Today, January 30th, the Apostolic Nuncio to the United States Archbishop Christophe Pierre turns 75, the canonical age at which a bishop must submit his resignation to the Holy See.

Born in France in 1946, he was ordained to the priesthood in 1970. Seven years later he began his service in the Diplomatic Corps of the Holy See. Since then he has served as the first Pontifical Representative of New Zealand and the Islands of the Pacific Ocean from 1977 to 1981 and then in Mozambique, Zimbabwe, Cuba, and Brazil before serving at the Permanent Mission of the Holy See to the United Nations in Geneva. In July 1995 he was named Apostolic Nuncio to Haiti and consecrated as Titular Archbishop of Gunela. He served as Nuncio to Haiti from then till 1999 when Pope Saint John Paul II named his Nuncio to Uganda until 2007 when Pope Benedict XVI named him Nuncio to Mexico. He would move one final time when in 2016 Pope Francis named him Apostolic Nuncio to the United States.

At the time of his appointment to the United States, Archbishop Pierre was considered very highly respected and a man of the people. In the United States, the Nuncio has been active in the ecclesial life of the Church and in the political and social aspects of the nation. The Nuncio has constantly reminded the Bishops to keep close to the mission of Pope Francis and has consistently warned them against clericalism and careerism. In his Fall 2019 address to the U.S. Conference of Catholic Bishops, as the U.S. Bishops prepared for their Ad Limina visits to the Holy Father which they are required to make by Canon Law, Archbishop Pierre gave the Bishops reflections to think about as they prepared their reports to the Holy Father, emphasizing communion with the magisterium of Pope Francis, which has always been a key part of the Nunico’s own approach to the U.S. bishops. Archbishop Pierre has constantly expressed his closeness to the Bishops, not only as just the Pope’s representative, but as sort-of Pastor for them. In January of 2019 the Nuncio personally accompanied all U.S. Bishops on retreat in response to the new wave of the sexual abuse crisis, this time targetting the bishops themselves with the fall of now-ex Cardinal Theodore McCarrick. It has become clear how much the Nuncio has meant to many of our Bishops by way of many of their tributes to him whenever Dioceses have a new Bishop transferred to them, considering him a friend and brother of the United States episcopacy.

With Archbishop Pierre reaching the age of 75, and his retirement imminently looming, the question now becomes: who will take his place? As of right now, no one knows. Social media speculation has had whispers of the potential of a Nuncio from Africa, but at this point this just remains speculation. One of, if not the most important jobs for a Nuncio is to help prepare names to recommend to the Congregation for Bishops and the Holy Father for episopal appointments in that nation. It has been reported that, before the arrival of Pierre, the Holy Father was not using the lists provided to him by the former Nuncio. Archbishop Pierre has had the reputation, more or less, of selecting men that are more along the vision of the Pope, so it remains to be seen how the next Apostolic Representative will fare in that department. There is no official timetable on when the United States will receive a new Nuncio. It should be noted that our former Nuncio also reached his 75th birthday the January before his replacement almost four months later in April, but with the coronavirus pandemic, nothing is certain. So for now, we’ll just have to wait and see.