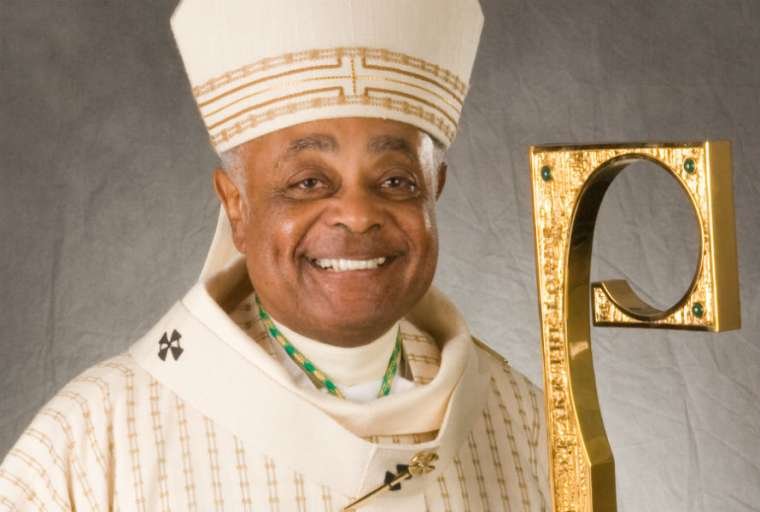 On October 25th, after his Angelus address, the Holy Father Pope Francis announced the creation of 13 new Cardinals in an extraordinary consistory. The naming of new Cardinals has been rumored for weeks, but it wasn’t clear when, or even if, it would happen, with the College electorate only just recently reaching 120 again. The consistory of new Cardinals, when they will officially be called as such, will be held on the Vigil of the First Sunday of Advent, November 28th.

The name that everyone will recognize immediately on this list: Archbishop Wilton D. Gregory of Washington, D.C. With this, the Holy Father has made history and named the first African American Cardinal in the history of the United States.

Cardinal-designate Gregory, 72, was born in Chicago. A convert to Catholicism in his childhood years, he was ordained at 25 by Cardinal John Cody and obtained an STL (Doctorate in Sacred Liturgy) from the Pontifical Atheneum of St. Anselm in Rome.

While doing Pastoral work in the Archdiocese, he taught at the Mundelein Seminary and served as Master of Ceremonies for Cardinals Cody and Bernardin.

In 1983 he was named by Pope John Paul II as Auxiliary Bishop of Chicago and received his Episcopal Consecration that December. He was named Bishop of Belleville, Illinois in 1993 and from 2001-2004 was President of the United States Conference of Catholic Bishops. In 2005 he was installed as Archbishop of Atlanta, making him the first ever African American to lead an Archdiocese in the United States. In 2019 he was appointed Archbishop of Washington.

Gregory’s elevation to the Cardinalate, however expected it was, does not come without controversy. While Gregory, as President of the USCCB during the beginning of the sexual abuse crisis, led the way in the American Church’s response, he was also known to be a collaborator of the disgraced and lacized ex Cardinal Theodore McCarrick. His connections to McCarrick were brought into question by some when he was appointed to Washington. His closeness and admiration of the late Cardinal Bernardin, who has been heavily scrutinized in the past, had also come into question. In 2014, as Archbishop of Atlanta, Gregory came under heavy fire for his building of a $2.2 million dollar new Bishop's residence. While being known as a theological moderate, he was known to not be a fan of the liturgical translations in 2010 and believes they should be reviewed. Gregory has also been known to not shy away from political issues and criticizing politicians, including President Trump.

Many are also critical of the fact that Gregory has been elevated quicker over other traditional Cardinalite Sees, such as Los Angeles with Archbishop Gomez, Baltimore with Archbishop Lori, Detroit with Archbishop Vigneron, and Philadelphia’s Archbishop Emeritus Chaput, none of whom have received the red hat. While Francis has a tradition of “going to the peripheries” to appoint new Cardinals, many view that historically important Sees should still be given their traditional red hat. The only other time Pope Franci named any U.S. Cardinals was in 2016 when he named Archbishop Cupich of Chicago, Archbishop Tobin of Indionapolis (soon after transferred to Newark), and Archbishop Kevin Farrel, Prefect of the Dicastery for Laity, Family, and Life to the College of Cardinals.

Even while there are criticisms not in his favor, it is his pastoral nature that has seemed to catch the eye of the Holy Father. The promotion of an American Black Catholic Bishop to the College of Cardinals, in an American episcopate with only two active Black Diocesan Bishops (with only 3 more active Auxiliary Bishops), is a clear sign to the faithful in the United States on racism in the United States at a time when race relations have been a pivotal issue over recent months. Even with his connections to McCarrick, Gregory has long been touted as a fierce opponent of clerical sexual abuse. Upon his appointment as Archbishop of Washington, former FBI agent Kathleen McChessney, who was chosen to be the first Executive Director of the USCCB Office of Child Protection in 2002, said of Gregory that, “Archbishop Gregory is a listener and was not afraid to engage with survivors and sincerely apologize to them on behalf of the Church for what they had experienced”. As the first Africn American Archbishop, he has been a fierce opponent of racism in the United States. Upon the death of George Floyd, which sparked national outrage and months of protests and riots, Gregory stated, “Moments like this cause people of good will, who believe in the value, respect and dignity of every human life, to wonder if and how we can move on from here...all acts of racism, hurts all of us in the Body of Christ since we are each made in the image and likeness of God, and deserve the dignity that comes with that existence”. On August 28th of this year, Archbishop Gregory announced the Anti-racism initiative of the Archdiocese of Washington.

Upon Gregory’s elevation to the Cardinalate, Archbishop Jose Gomez, President of the USCCB, stated, “The naming of the first African American cardinal from the United States gives us an opportunity to pause and offer thanks for the many gifts African American Catholics have given the Church”. In his own statement, Archbishop Gregory stated, “With a very grateful and humble heart, I thank Pope Francis for this appointment which will allow me to work more closely with him in caring for Christ’s Church”.

With the Holy Father’s choice of new Cardinals, out of the 13, 9 are currently eligible to vote in a Conclave to elect a new Pope being under the age of 80. This will raise the Cardinal Electors to 128 (Cardinal Wuerl turns 80 before the consistory). With this, Francis has appointed 57% of the current Cardinal Electors, with him having named 73 electors, Pope Emeritus Benedict XVI having named 39, and Pope Saint John Pul II having named 16.

In addition to Archbishop Gregory, the list of the Holy Father’s new Cardinals includes -

Of the Roman Curia:

Of Archdioceses around the world:

Those not eligible to vote in a Conclave: